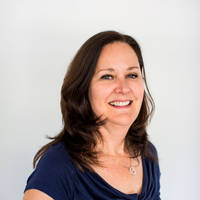 Sheila M. Frick, OTR/L, is an internationally esteemed clinician, lecturer, and pioneer in Occupational Therapy. She has over 20 years of clinical experience, having worked in psychiatry, rehabilitation, and home health before specializing in pediatrics. Her expertise includes sensory processing dysfunction, sensory integration, and auditory interventions. She created and continues to expand Therapeutic Listening, which she has taught to over 10,000 therapists worldwide. She also lectures on such topics as clinical neurology, respiration, the vestibular/auditory system, and various auditory interventions. She is the creator and author of Listening With the Whole Body, and co-author of Core Concepts in Action, Astronaut Training, and Out of the Mouths of Babes. Read more about Sheila. 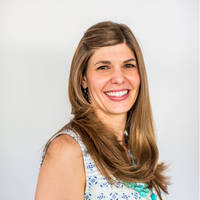 Tracy Bjorling, M.S., OTR/L, is a pediatric occupational therapist and a graduate of the University of Wisconsin-Madison. Since her start in 2010, Tracy has had the wonderful opportunity of being mentored by and working alongside Sheila Frick, OTR/L in her clinic where the magic of Therapeutic Listening comes to life. Working in conjunction with Sheila, Tracy has had multiple opportunities to explore the use of Therapeutic Listening with a wide variety of clients and diagnoses.

As a member of the Vital Links clinical support team, Tracy has also had the privilege of accompanying and supporting Sheila, and other Vital Links speakers, to numerous workshops all over the country. Tracy has since taken on a teaching role with Vital Links, joining Sheila and the other Vital Links Faculty in teaching powerful practice-based courses.  Tracy has received additional training in Advanced Therapeutic Listening, Astronaut Training, Interactive Metronome, and DIR/Floortime. Read more about Tracy.

Sharron Donnelly, M.S., OTR/L, began using the Therapeutic Listening  in 1997 and feels that “timing is everything” as she was lucky enough to start in TL when it was just starting up. So, if you had a question, you could call or email and you would get a response right from Sheila herself. Since 1997, she has put hundreds of children through successful listening programs in a variety of settings (school, private practice, group homes). Sharron also mentors her employees as they progress children through the program. Despite her additional experience with ILS, LIFT, AIT, Samonas, IM, Forbrain, and EaSE, most of the children Sharron works with use the TL. As a candidate in the certification program of DIR, Sharron has particular interest in using the Floortime/DIR model with the children she works with and she feels that the TL helps to address the “I” (Individual Differences) that the children exhibit. Because of that, children progress through their functional emotional developmental levels with greater ease. Sharron has much experience with mentoring through her role as an employer and through her 10 plus years of teaching the TL and being a part of it’s growth through the years. 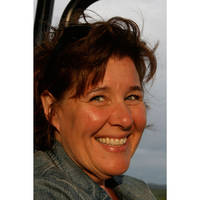 Lynette Burke, OTR, has been practicing as an occupational therapist specializing in pediatrics for over 30 years. Lynette co-founded Advanced Pediatric Therapies, a private practice, with Sharron Donnelly in Portland, Oregon in 2002, and then moved to Australia in 2011 and joined Colleen Hacker; M.S., OTR/L at The Sensory Gym. Throughout her years of practice Lynette has drawn from developmental and sensory integrative based frames of reference in her treatment. She has extensive training in these treatment models and is SIPT Certified. Lynette also has extensive training in relationship based models of intervention.

Lynette began her journey into the use of sound as a therapeutic tool in 1997 when she attended the first Listening with the Whole Body course at the Ayres Clinic. Sheila asked Lynette to join her in teaching the Listening with the Whole Body courses in 2000 which Lynette did extensively in the United States and has continued to do in Australia since that time. Lynette is passionate about mentoring therapists in clinically reasoning the most effective use of the Therapeutic Listening tools as part of a holistic treatment approach. 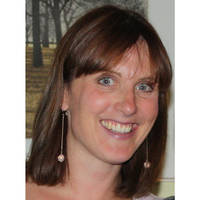 Anna Richardson, B.Sc. (Hons) OT, is a Pediatric Occupational Therapist and a graduate of Oxford Brookes University, United Kingdom. Anna has experience of working with children of all ages and diagnoses but specializes in the assessment and treatment of with children with complex sensory, physical and communication difficulties aged 0-5 years. Anna works part-time in the NHS and part-time in private practice. She acts as a consultant in supervising therapists in a range of contexts and advising on service planning and delivery.